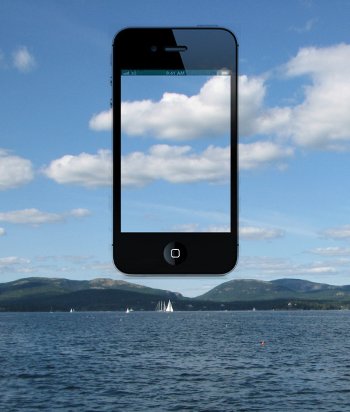 The first telephone call was demonstrated by Alexander Graham Bell in 1876. Since then many important innovations happened to the telephone. Internet was invented almost 100 years later. The two intersected  when in 1994 by Alon Cohen and Lior Haramaty – from VoicalTec invented  the VoIP. It took additional 12 years (2006)  for another pioneer, Skype to reach 100M users and a mass market acceptance. So it was natural that Cloud and Telephony  will interact to create “Cloud Communication”. In short these are services that allow effective communication (voice / video / text /data) using cloud based technologies. This approach has significant impact on  industries such as call center, voice and web conferences, long distance dialing and more. It is not only reduces cost but creates set of new capabilities, for sharing and optimizing calls.

Now with introduction of smartphone we are experiencing yet another fundamental change -The “Mobile Cloud Communication”. So what is new here?

1. Text Messaging – Since the early 1980’s SMS has become a key short text communication tool. In parallel to this in the Internet world, Instant messaging and later social messaging developed for the same purpose. In the mobile cloud world, these two overlap. Two competing technologies with large install base collide to create wealth of new communication capabilities. Not only that Skype, Twitter and others can send SMS messages or SMS users can send messages to Internet applications. But as more and more people use smartphone for communications, the boundaries between these services disappear. Traditional “telephony” services such as televoting and polling will merge with Internet polling services. Internet  messaging service will be able to communicate with anyone who owns a phone, leveraging mobile presence and application capabilities. We are just at the beginning of this revolution. There are still more to come.

2. Picture Messaging – Since the introduction of the first Camera phone in 1997 by Philippe Kahn, the Picture messaging industry boomed. Devices got better cameras – up to 41Mega pixels on Nokia 808. Recently Facebook acquired Instagram for $1B reminding us all that Mobile cloud based Picture sharing is not only here to stay, but will replace much of the traditional personal photography. The value of Instagram is in sharp contrast with Eastman Kodak, the photography pioneer,  that filed for bankruptcy protection in January this year.

3. Voice Messaging – Voicemail was introduced in the early 1980’s as a voice communication solution for individuals and corporations. For the next 30 years incremental changes in the technology made voicemail more accessible and standard part of the mobile telephony services. Here as well, the introduction of cloud based/smartpone UI created new opportunities for services such as visual voicemail, automatic transcription, voice messaging. These days voicemail is offered by Google, Skype and others. Visual voicemail interface is part of every smartphone. So here as well, cloud based voice mail offering using smartphones is undergoing major change including tight integration with email, social media and other “traditional” web services.

4. Mobile Email – Email was not invented to be a mobile service. RIM took mobile email to new level, with their BlackBerry devices in early 2000’s. It became the standard device for corporate executives, sales and mobile professionals, just because the clever implementation of the cloud based email service.   It is a  mature cloud based mobile communication service today, but even here there are major improvements, related to integration with camera and location, that make the email experience more complete on these devices.

5. Mobile  Conferencing – Conferencing as well, takes new look with mobile smart pones. Now participants can initiate/review manage multimedia presentation from any location on any device. Natural addition to Conferencing is the ability to use phone’s camera as part of the experience, or display presentations on the smartphone. 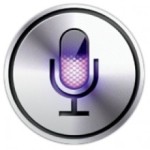 6. Speech Driven communication  – Since “Open the pod bay doors, Hal” was featured in the famous 1968 film,  2001: Space Odyssey , many improvements happened in the field of speech recognition and natural language processing. Apple’s Siri is the latest attempt to bridge this gap. In it ‘s nature this is  a mobile cloud communication service that has enormous potential. While Siri as service is still in Beta, it is featured as the key feature  for iPhone 4S. It is not hard to imagine that Siri like interface will be offered in commerce and enterprise setting to improve on communication between customers and retailers or internal communication in any organization.

I believe there much more to discover in this domain, but it is clear that communication would be big part of the future mobile cloud offering and overall mobile experience.

Few years ago I was in charge of marketing and selling services to Telecom providers. It was a business that generated tens of millions of dollars, with one guarantee – Uptime of “Five  nines” – 99.999%. To those of you that are not familiar with this terminology, it simply suggests that a system can have no more than 5.26 minutes of unscheduled downtime a Year!  Yes, in a world that tolerates 3-5 minutes of PC boot, 2 minutes of smartphone boot and more, this requirement  suggests  that the system should  never go down. Many noted  that this requirement actually generates cost with no clear value. Deloitte for example called for “Nixing the nines” with the argument that even traditional cloud services can perform well at 99.9% (43.2 minutes/month) of downtime saving significant amounts of money on infrastructure and services.

In the mobile world, lack of access to services is part of the territory. I am not suggesting that the issue is with Wireless Networks coverage, rather than the reality of mobile medium. Simply said, having slow or no connectivity is part of the mobile landscape.  In this reality, what is the value of guaranteeing  service availability of 5.26 minutes/year, when individual users have more than that in slow or no access minutes  in any given day?  Indeed, when examining the key quality criteria for mobile services, most users will point out to different set of requirements that are important to them. Gomez as example found out that 71% of users expect the mobile web will load as fast as desktop web or 60% of users will wait no more than 3 seconds for a web page to load. Obviously for applications that are installed on the device the connectivity issue can be mitigated by clever software design, but still, if users  are searching for an item on eBay or Amazon they  would like to see similar response for applications as well. One other important consideration is the value to the user while there is no connectivity, specifically what the client application or web service provides and what does the back-end on behalf of the user, when the user is not connected or experiencing slow connection.

So here are some important criteria that can be measured and are more relevant to mobile cloud experience than always on:

Obviously all of these have to be measured on various devices, since these performance factors dramatically change for different devices. This important issue deserves a separate post.. 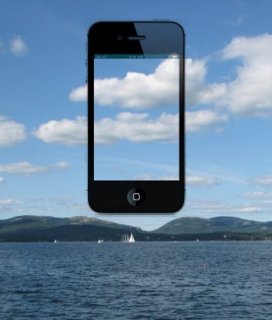 In the real world, clouds are always mobile. In the technology world, not so. Only recently, there is a growing attention to the intersection of cloud technologies and mobile computing. The result in this case is more than 1+1. In the next few posts I will explore some of these unique aspects and innovations that make the Mobile Cloud space so interesting.

It seems these days, that Android Browser war is heating up. There are established players and new entrants in the market. To name (in Alphabetical order) the few: 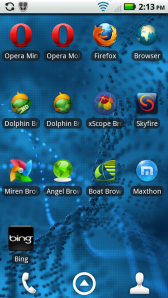 and I probably missed some..

So what are the key criteria to choose a browser?

1. Price – most are free but not all. Paying $2.99 for a browser, although not much is a consideration
2. Speed – few claims to be the fastest. I have not seen comprehensive speed test to define which is which.
3. Ease of use – this is a little bit of a personal choice. Many claim to be this way. I guess the most important thing is use of screen space, tabs, and bookmarks.
4. Sync with Desktop Browsing  – neat feature if you switching frequently between desktop and mobile.
5. Social networking – If you want to share your browsing experience with your social network.

and there are also more technical issues to consider:

A. How well the browser handles video and audio.
B. Support of HTML5, flash etc.
C. Memory
D. Security & Privacy

In the next few posts I would develop more detailed criteria and share some of the browsing experience.

Please let me know if  I missed any browser or important selection criteria.

If you haven’t seen this yet, the NFC Forum has developed the “N-Mark,” a trademark which will allow consumers to easily identify NFC (near field communications)-enabled devices.

This mark will be used to communicate two messages:

1. The N-Mark lets consumers know that NFC services are available.

2. Variation of the mark, specifies that the device is NFC Certified.

There are also rumors that iPhone 5 will use NFC. .. and there are recent announcement from Verizon, ATT and T-Mobile backing up ISIS mobile payment system using NFC technology.

The next two years (2011,2012)  will be critical timeframe for this technology to mature in applications and business models. I hope that this time  the promise of mobile payments will be finally materialized.

According to Chitika iPad will surpass 2% of Internet usage in 2011. The difference in user experience creates new format for advertisers. This format is different  from Web based  and mobile ads. This trend will only increase the interest in advertising on iPad applications and Videos.

According to a recent  tweet from  Andy Rubin, 300,000 Android phones are activated each day. This number  has  increased from 200,000 just a few months ago. This posting might be a reaction to recent article published on AppleInsider claiming that Google hit a plateau at 214,000  activations a day. Whatever the right number is, a few things are clear:

A. Apple and Google positioning themselves to be the only Smartphones in town (Remember Blackberry, Nokia, Microsoft-Windows-Phone?).
B. Smartphone shipments are quickly approaching the PC shipment volume of about 88M units (Q3/2010 according to iSuppli).
C. Mobile Internet is tracking to become bigger than traditional Internet.

What are the implications of this to the consumption of information and social media?